I started collecting when I was in elementary school during the 1960s..  As with many collectors, I collected worldwide stamps, then the United States.  From high school and college (University of California, Davis) during the 1970s, my collecting pretty much ceased.  A year after graduating college,  I wasn’t interested in the United States any longer and wanted to collect another country.  I found an old Scott album of Ryukyu Islands from one of my siblings had at my parent’s home. I thought the postage stamps were one of the most beautiful and colorful stamps produced.  Soon thereafter, I joined the Ryukyu Philatelic Specialist Society (RPSS) in the early 1980s.  I met most of the prominent members of this society and was hooked. Then my wife and I joined the Japanese American Philatelic Society and we would attend their local meetings.  During the 1980s, I collected all  aspects of Ryukyu philately that my limited monthly budget would allow. 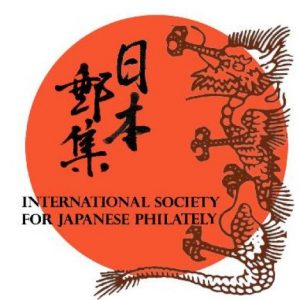 During the late 1980s, we started a family, as with many collectors, my collecting ceased again.  In the early 2000s, I  had more free time to devote to my hobbies and resumed my Ryukyu Islands collecting.   In 2009, I became the editor of the Ryukyu Philatelic Specialist Society preparing the society’s journal From the Dragon’s Den and began to write catalogues and monographs which would eventually cover all aspects of Ryukyu philately from mid-1945 to May 15, 1972 (when the Ryukyu Islands returned to Japanese control). Beginning in 2010, at least two catalogues and / or monographs have been published annually.  Then I was elected President of the RPSS.  In 2016, I joined the ISJP.  Around the same time, I decided to write monographs (a total of thirteen) on the Okinawa Prefecture Postal Related Materials from May 15, 1972 to the present.  A few years later, I decided to write two monographs on the Okinawa Prefecture Postal Related Materials from 1874 to the end of War World II (1945) and also became the webmaster of another society not related to philately where I began to learn how to do  basic website things such as edit pages, create forms, send out posts, maintain orders, manage the website store, membership, etc.  Then a little over a year ago, I became the webmaster of the RPSS.   Currently, I have written or compiled six catalogues with most of them having multiple fascicles and twenty-eight monographs with many of them have multiple sections and volumes.  Here’s a  listing of the catalogues and monographs that I have written or compiled. When the ISJP asked for volunteers to assist on the website, I discovered the ISJP website used WordPress which was the same one that I have learned on.  Thus, I volunteered to assist with the website.