This award is presented once a year to the best Japanese related material exhibit as defined below:

Japanese related material is defined as the philately and postal history of Japan and former Japanese colonies, territories, and occupied areas, including Manchoukuo, the Ryukyu Islands, Japanese seapost offices and other civilian and military post offices abroad, and foreign post offices in Japan. Studies of forgeries as well as revenues also fall within the scope. For a show to be eligible to receive this award, there must be at least three exhibits that the judges determine are within the scope of Japanese related material. The exhibit must receive a vermeil or better award.

Would your National Show like to have this award?

The award is available only once a year on a first come basis to any National Show (in the US this would be any WSP show). To be considered for this award, the following criteria must be met: (1)  A  Society booth must be available for the ISJP at the show; and (2) there must be a least two local volunteer ISJP members willing to take charge and see that the ISJP booth is staffed for the length of the show.

Spaulding Award Presented in Past Years 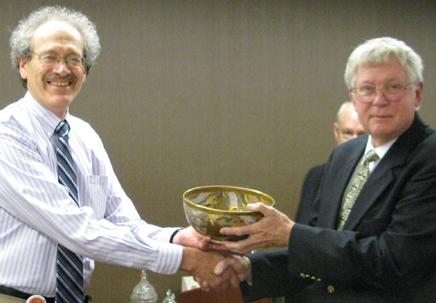 This antique 19th Century
JAPANESE SIGNED SATSUMA BOWL
was won at NAPEX 2013 for:

“History of the Tax System during the Japanese Occupation of the Philippines, 1942-45”
by Douglas Lehmann

It was presented by David Farragut Rohde on behalf of the ISJP at the SESCAL exhibition. 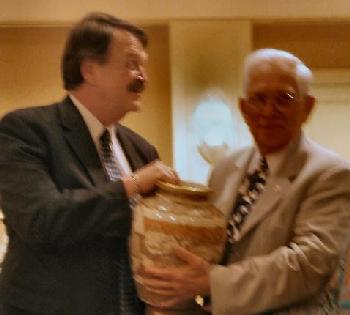