Karl Lewis applied a “C” (for “Combination”) marking to the upper left corner of the back of most of his cacheted covers that he sold to clients. With a few unusual exceptions, these markings represent the combination of values of Japanese stamps affixed to the cover. For instance, a 10 sen postal rate could comprise a 5 sen, 3 sen and 2 sen stamps, or three 1 sen and one 7 sen stamps, etc. In his price lists, Lewis clearly notes that he used established combinations of stamps and that each specific combination had a corresponding number. This was to prevent sending duplicate covers to his clients. The listing provides the present the currently known “C-numbers” that Karl Lewis used. Background information to the listing can be found within the following articles published in Japanese Philately: 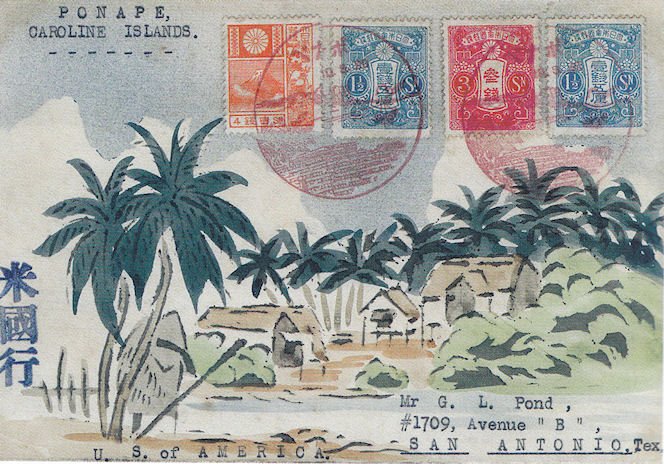 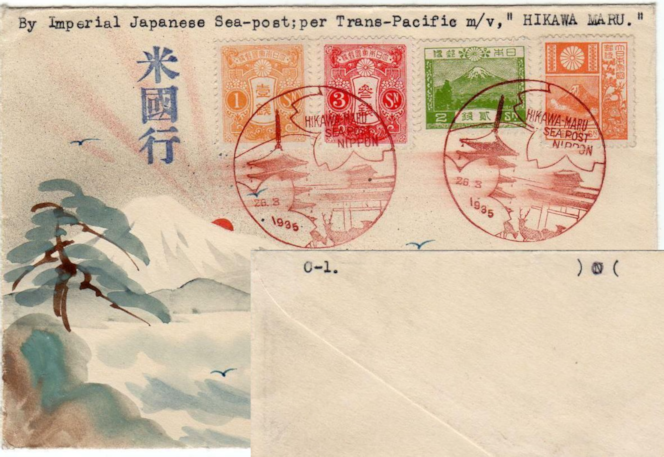